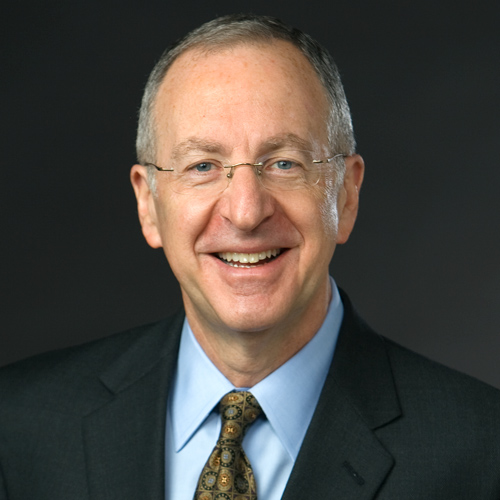 From the beginning, David J. Skorton set a tone of accessibility, consultation, and compassion that served the university well. The highlights of his presidency included effective responses to two major crises and the capture of a once-in-a-lifetime opportunity to establish a tech campus in New York City designed to set a new standard in graduate education. By his final year, in which he led Cornell’s sesquicentennial celebrations and concluded the largest capital campaign in Cornell history, he had laid the groundwork for a university anchored in its founding traditions, centered on its Ithaca campus, but increasingly connected to its growing New York City footprint and more and more global in its outlook, faculty, curriculum, students, research partnerships, and impact.

The first major crisis of the Skorton presidency was one of the most difficult in Cornell’s history: the international financial crisis of 2008–2009 and the severe recession that followed. In six months in 2008, Cornell’s endowment dropped by 27 percent. State funding and philanthropic gifts declined as well. In a broadly consultative effort, the administration and trustees crafted a multifaceted response, including budget cuts, drawing down reserves, retirement incentives, layoffs, and a pause in construction. The university also implemented new procurement and streamlining programs, which by fiscal 2015 were saving over $60 million annually. Throughout this period, Skorton was widely praised for bringing an unusual level of transparency to a difficult process. The university operating budget was balanced by the end of fiscal 2012.

Recognizing that students and families nationwide also faced economic hardship, Skorton significantly enhanced need-based financial aid for undergraduates despite the budget challenges. Grant aid rose substantially, and loans, especially for students from economically disadvantaged families, were reduced or eliminated. Scholarships continued to be one of Skorton’s top priorities throughout his tenure, along with faculty hiring, as a substantial proportion of the faculty were of or near typical retirement age.

The second crisis came early in 2010, when three Cornell students jumped to their deaths in Fall Creek Gorge within four weeks. Responding to research indicating that such clustered events can be contagious, and that suicide attempts are often impulsive and may not be repeated if the means are restricted, the university immediately increased security on and around campus bridges. Skorton ultimately authorized permanent installation of nets under bridges on and near the campus.

In addition, Skorton’s presidency saw an increase in wellness programs and mental health services and a focus on strengthening Cornell as a “caring community.” The president personally encouraged students to ask for help and to regard doing so as a sign of strength.

Skorton’s most visible legacy is the creation of an entirely new campus, Cornell Tech in New York City. In a 2011 competition offered by the city, with land and seed funding as the prize, the partnership of Cornell and the Technion–Israel Institute of Technology triumphed with an ambitious proposal for a new graduate school of applied sciences and technology with an entrepreneurial focus. With leadership from Provost W. Kent Fuchs as well as Skorton, Cornell Tech and the Jacobs Technion-Cornell Institute began academic programs in Manhattan, in space donated by Google, while the new site on Roosevelt Island was being developed. By the time of Skorton’s departure, Cornell Tech had about 100 students and offered four master’s degrees, and the first academic building was under construction.

An important factor in the rapid rise of Cornell Tech was that Skorton, always a highly effective fundraiser, secured a landmark gift of $350 million from Atlantic Philanthropies and its founding chairman, Chuck Feeney ’56. During the Skorton administration, Cornell completed its largest capital campaign ever, and one of the largest in the nation, raising over $6 billion.

Throughout his presidency, Skorton enhanced relations with the local community, encouraged cross-college collaborations, and made Cornell a model employer. He also became a national spokesperson for higher education, advocating for the importance of the humanities, better access to higher education for undocumented students, improved immigration policies, and other issues.

In 2014–2015 Skorton presided at celebrations of Cornell’s sesquicentennial in cities across the country and abroad, culminating in a Charter Day ceremony on campus on April 27, 2015. He departed in June 2015 to become the 13th secretary of the Smithsonian Institution.

Born in 1949, Skorton earned a bachelor’s degree in psychology in 1970 and an M.D. in 1974, both from Northwestern University. A board-certified cardiologist and Master of the American College of Cardiology, he served for 26 years as a faculty member at the University of Iowa, where he co-founded and co-directed the UI Adolescent and Adult Congenital Heart Disease Clinic. His research on congenital heart disease in adolescents and adults, cardiac imaging, and image processing was published extensively. A national leader in research ethics, he was the charter president of the Association for the Accreditation of Human Research Protection Programs. He was appointed president of the University of Iowa in 2003 and served for three years before being selected for the presidency of Cornell, where he held professorial appointments at Weill Cornell Medical College and in the College of Engineering. He was elected to the National Academy of Medicine (Institute of Medicine) and is a fellow of the American Academy of Arts and Sciences.