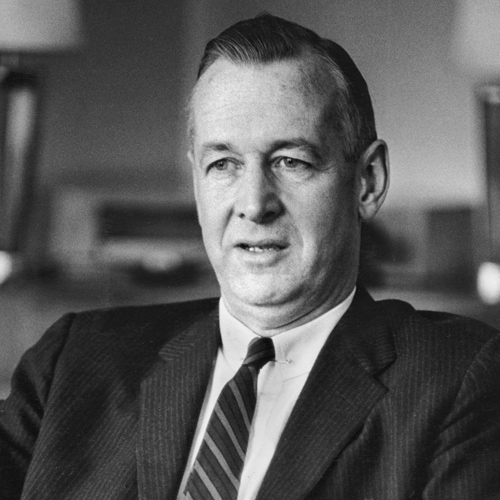 Academic innovations were a hallmark of James A. Perkins’s administration. By the late 1960s, he was regarded as one of the leading theoreticians of higher education. Based on recommendations of a group of distinguished biologists from around the country, a Division of Biological Sciences was created. It was an administrative innovation, combining courses in the College of Arts and Sciences and in the College of Agriculture. Similarly, the new Department of Computer Science combined courses in the Arts College and the College of Engineering. Perkins was instrumental in obtaining major foundation grants for biology, computer science, and international studies. During his tenure there was rapid improvement in salaries for faculty and staff, and 23 endowed chairs were created. Building continued with the construction of the Chemistry Research Building, Clark Hall, Bradfield and Emerson Halls, and the new Campus Store.

Perkins was committed to excellence in undergraduate education. He returned to the precedents of White and Cornell in the development of the Freshman Seminar program, the Society for the Humanities, and the Andrew D. White professorships-at-large. He was especially committed to encouraging diversity in the student body. The Committee on Special Educational Projects (COSEP) was established in 1964 with a Rockefeller Foundation grant to provide educational opportunities for a significant number of minority students. The last year of Perkins’s administration was largely involved in confronting the rising level of student political protest and activism. He resigned the presidency in 1969.

Born in 1911 in Philadelphia, Perkins graduated with high honors in 1934 from Swarthmore College and received a doctorate in political science from Princeton University in 1937.