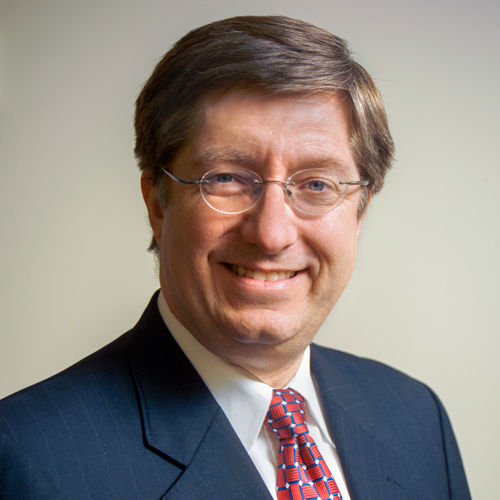 Jeffrey S. Lehman was appointed Cornell University’s eleventh president by the Board of Trustees at a special meeting held on campus Saturday, December 14, 2002, and he assumed the presidency on July 1, 2003. He was the first Cornell alumnus to serve as president of the university.

In his inaugural address, Lehman characterized Cornell as a blend of beloved and revolutionary elements. During his tenure, Lehman worked on renewing those elements through his Call to Engagement initiative. As a result of that initiative, he urged the campus to marshal its resources in response to three global challenges: life in the age of the genome, wisdom in the age of digital information, and sustainability in the age of global development.

With his commitment to Cornell’s development as a transnational university, Lehman expanded Cornell’s academic and research affiliations in China, the Middle East, and South Asia. He also strengthened links between the Ithaca campus and the Weill Cornell Medical College in New York City. He resigned as Cornell’s president in June 2005.

Jeffrey S. Lehman was born in Bronxville, NY, and grew up in White Plains, NY and Bethesda, MD. He received an undergraduate degree in mathematics from Cornell in 1977. He also earned advanced degrees in law and in public policy from the University of Michigan. After completing his formal education, he served as law clerk to Chief Judge Frank M. Coffin of the U.S. Court of Appeals for the First Circuit, and then as law clerk to Supreme Court Associate Justice John Paul Stevens. He was an associate in the Washington, D.C., law firm of Caplin & Drysdale before he joined the Michigan faculty in 1987. He served as dean of the University of Michigan Law School and as Professor of Law and Public Policy at the Gerald R. Ford School of Public Policy at Michigan.

Lehman’s research examined the economic and social justice issues posed by tax laws and social welfare policies, and he has studied antipoverty policy, federal income tax policy and higher education finance. At Michigan, he drew national media attention as a spokesperson in defense of the University of Michigan Law School’s moderate approach to affirmative action in admissions. The Supreme Court’s opinion affirming that policy, in Grutter v. Bollinger, is considered to be one of the most important decisions in the history of higher education. The NAACP Legal Defense Fund honored Lehman for his role in the case on November 6, 2003.